Everything You Need To Know About Unified Auctions Today

As mobile viewership habits further consolidate on a few big properties, publishers are finding it increasingly difficult to monetize their apps. It’s not that there isn’t money to be made - global mobile app revenues are expected to rise from $88 billion to $189 billion between 2016 and 2020 - it’s just that many apps are not effectively monetized.

To the average publisher, a user is worth around $10. For Facebook, however, the figure is around $296. No wonder less than 0.01 percent of consumer apps are financially successful.

So what’s the solution? How can apps go from zeroes to heroes? For many, the answer to their monetization woes may be Unified Auctions.

What is a Unified Auction?

In a Unified Auction, all ad networks (and their associated advertisers) are given the opportunity to bid on an app’s available inventory all at the same time. No one network gets preferential treatment, and typically the highest bid wins. As soon as an app is opened, all networks are notified of ad placement availability and all of them bid in real time.

Here’s another way to think about it: An auction at an auction house is a closed auction, while one occurring on a site like eBay is an open auction. At Sotheby’s or Christie’s, only a small number of people may know about a particular auction and would likely be invited to participate. In contrast, anyone in the world with internet access can participate in an open auction; there’s no need for invites with eBay.

Why are Unified Auctions Beneficial?

Before we go into the benefits of Unified Auctions, it’s helpful to consider the current state of affairs. For the vast majority of apps today, that means waterfalls.

Waterfalls describe the linear queues many publishers use to fill ad space. In such a system, one ad network is given the opportunity to bid on all available inventory. Anything they don’t take is offered to another ad network. This back and forth continues until all ad network partners have been given a bidding opportunity or until all inventory is accounted for. While it’s up to apps to determine the order for their waterfall, it’s often based on which network historically offered the highest prices.

Too often, in-app header bidding only includes a select number of advertisers or ad networks, typically those bidding programmatically. Under these arrangements, while a simultaneous ad call does goes out, its results are then inserted into a waterfall with the non-programmatic players. This kind of header bidding configuration has a few key downsides:

Do Unified Auctions Represent the Future of App Monetization?

We think so! Only unified auctions eliminate the concerns that stem from waterfalls related to price, speed and opportunity cost. Common in-app header bidding options are better, but don’t go all the way in solving app monetization problems. By quickly opening up all inventory and ensuring that the highest bidder always wins, Unified Auctions are the ideal option for app developers. 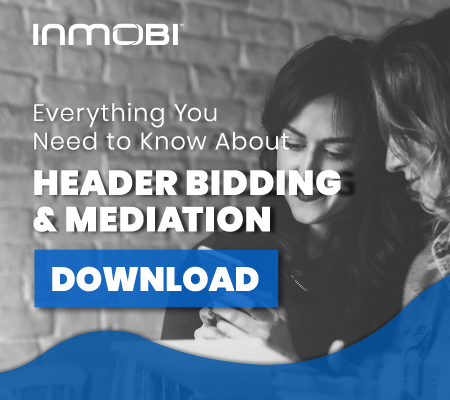