This year, we were thrilled to again attend Advertising Week New York. This year, instead of being in multiple places in the heart of Times Square, the event took place in one central location: at a movie theater on the Upper West Side. We had a great time, meeting with senior industry leaders and learning from the best and brightest in the advertising space.

Didn’t have a chance to make it this year? Here’s what you missed.

On Tuesday afternoon, Anne Frisbie, InMobi’s SVP of Global Programmatic and North America, took the stage to chat about all things mobile in-app advertising. Her talk centered around how younger audiences can’t be reached by more traditional avenues like television, and how lessons learned from in-app environments will be applicable across the wide range of connected devices now coming online. She also discussed what marketers need to know in order to see the best results from in-app advertising. 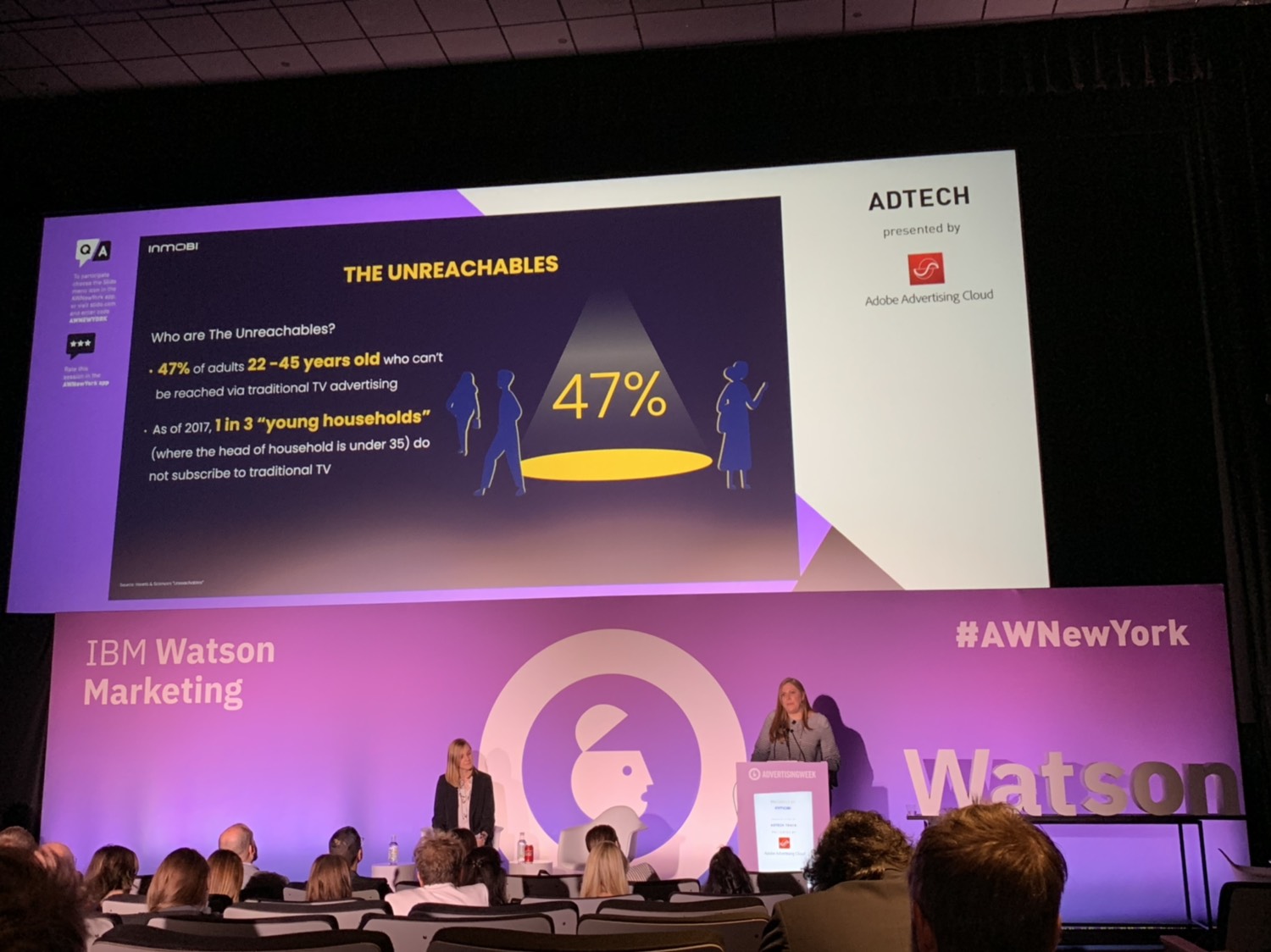 Immediately following her presentation, Anne sat down with Rebecca Zulch, Senior Manager of Integrated Investment at UM New York to discuss her approach to programmatic advertising and what UM’s clients need from in-app environments. Here are two memorable quotes from their discussion:

“Would be great to see ads.txt for in-app. Once we get the app stores to buy-in and adopt ads.txt, we expect to see a decrease in ineligible inventory and an increase in reach.” - Rebecca

“The drop off from an in-app ad to a landing page is enormous and is not the right way to get the User to engage with the brand. Cross device attribution should be the focus.” - Anne

Attendees of this event later said they really appreciated how Anne brought up the distinct differences between mobile web and mobile in-app advertising, and were curious to hear more about how some of the world’s biggest brands approach in-app and programmatic. 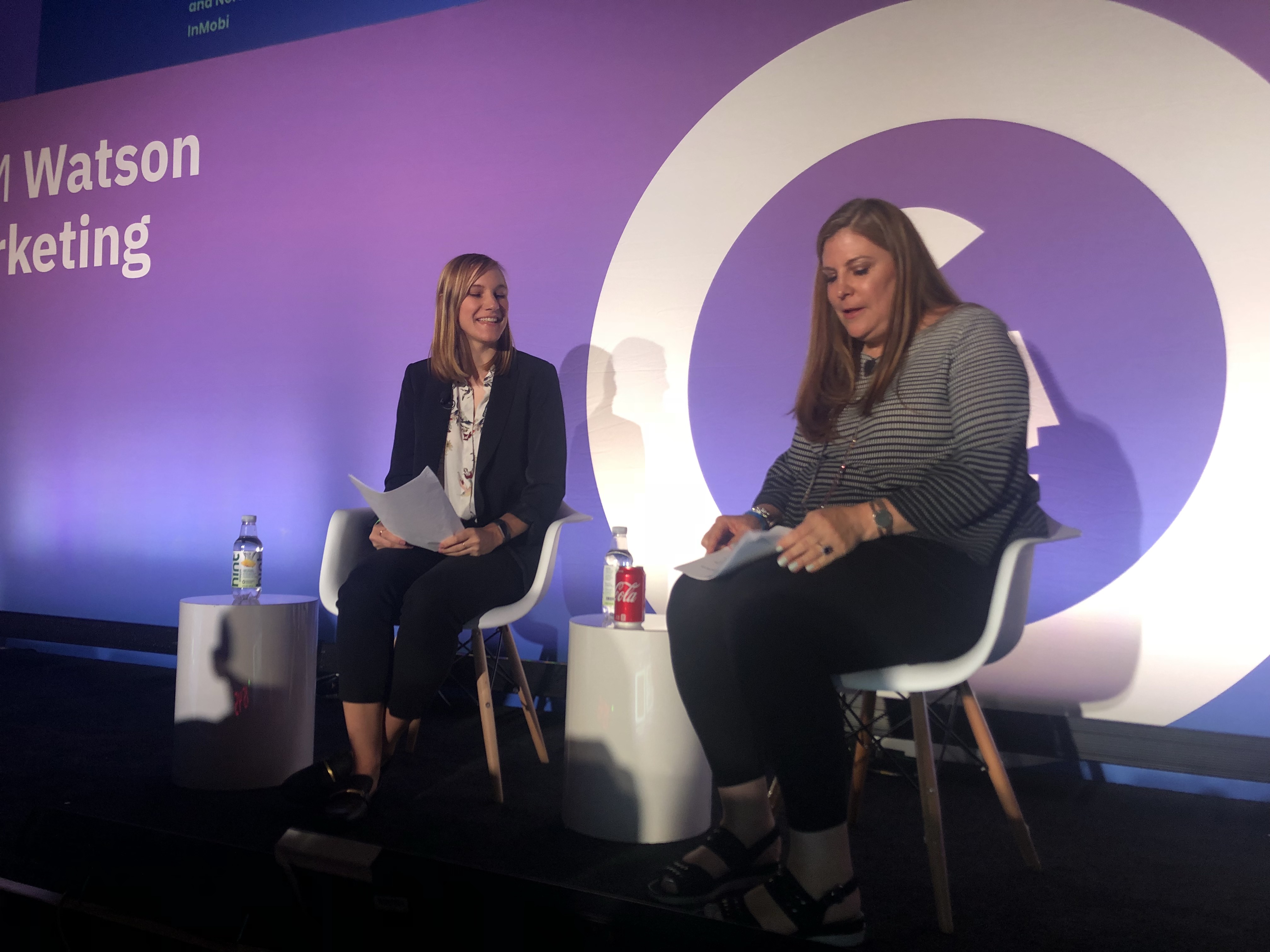 Tuesday End of Day: Programmatic for the People

At the end of day two of Advertising Week, Anne joined Taboola's Jeremy Varner, Clear Channel Outdoor Global's Wade Rifkin and MiQ's Charlie Neer on a panel moderated by Neil Shapiro from CAPTIVATE titled Programmatic for the People. The panel served to highlight the growth of digital out-of-home advertising.

The panel discussion centered around different applications for programmatic advertising, highlighting how programmatic media buying is reaching a wide variety of screens beyond just desktops or laptops. During the panel, Anne highlighted how mobile is the first step to this connected device world, and that viewability is very much possible with programmatic despite lingering concerns. 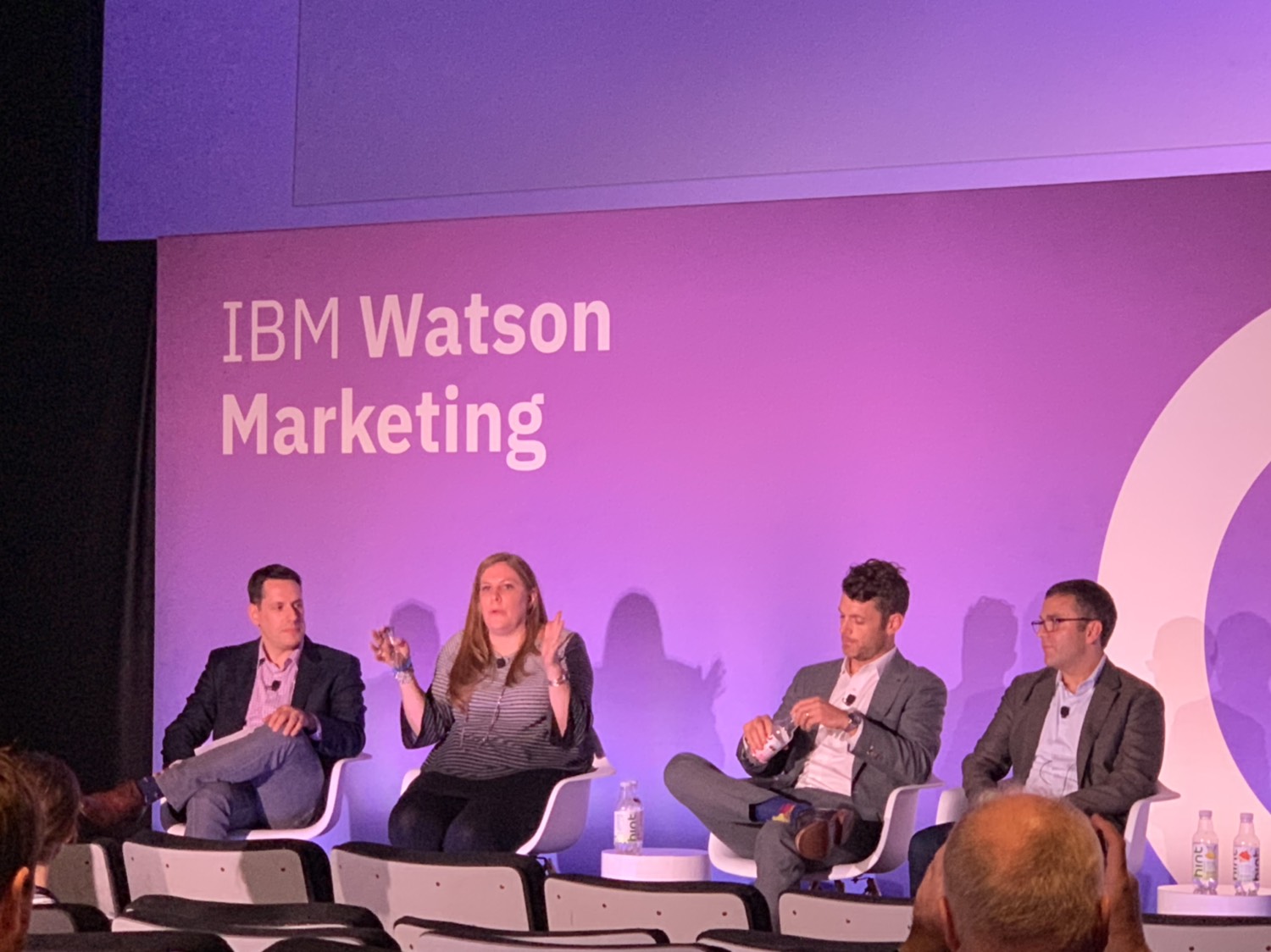 Top Trends: Talk of the Show

Outside of these panels, what else were attending chatting about? What were the big trends and themes of Advertising Week New York 2018?

If you attended Advertising Week New York this year, what were your top highlights from the event? What did you learn, and what did you hear the most about? Let us know in the comments below, or send us a note on Twitter or LinkedIn!