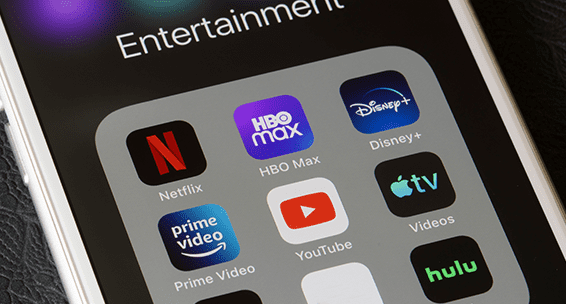 There are now dozens of popular video streaming and on-demand video services, but who are these streaming services users? What video content options do they know about and prefer, and is there space in the rapidly growing streaming market for new entries? That’s what we wanted to find out.

To get a better sense of how this marketing is evolving, we embarked on a two-stage approach. First, we conducted a mobile survey using InMobi Pulse, speaking with hundreds of consumers across the United States to see which streaming platforms and services they turned to most frequently. We then looked at app install trends, to see who had been installing these kinds of apps on their mobile devices – specifically, we wanted to focus on the growing ad-supported video on demand (AVOD) marketplace while also reviewing the more established subscription video on demand (SVOD) space.

There are now dozens of streaming video services available, with even more set to be released in the coming months. In this glut, which services stand out from the pack?

That’s what we wanted to find out with our survey. In December, we ran a survey designed to see which streaming services available people knew about and used, focusing on ad free pay TV options that primarily featured original programming and original content.

Of these five, Disney+ has the strongest awareness both overall and more specifically for their mobile app. Women were more likely than men to say they were aware of these streaming services, while HBO Max had more awareness among those in the 35 to 44 age group. 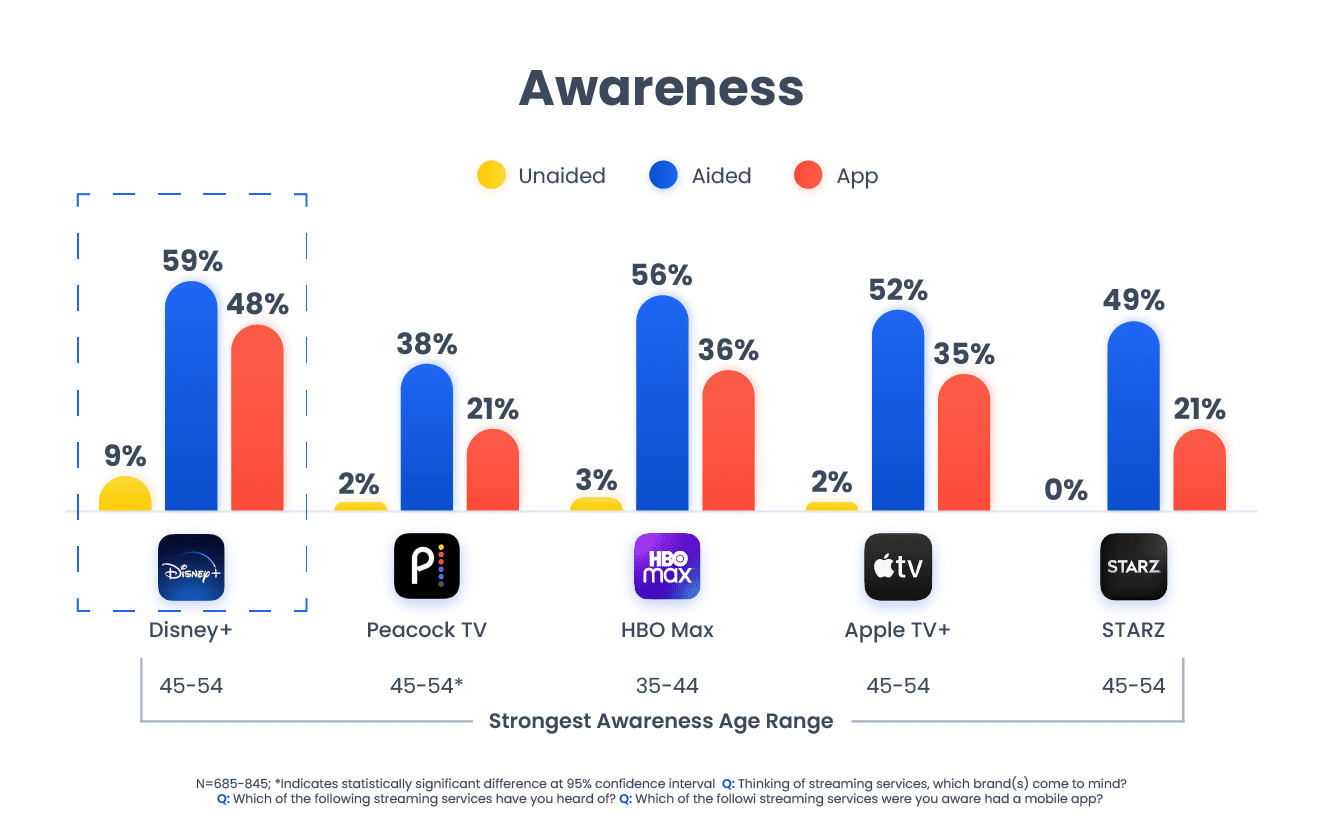 We observed similar trends when we asked Americans about the apps they used and preferred. 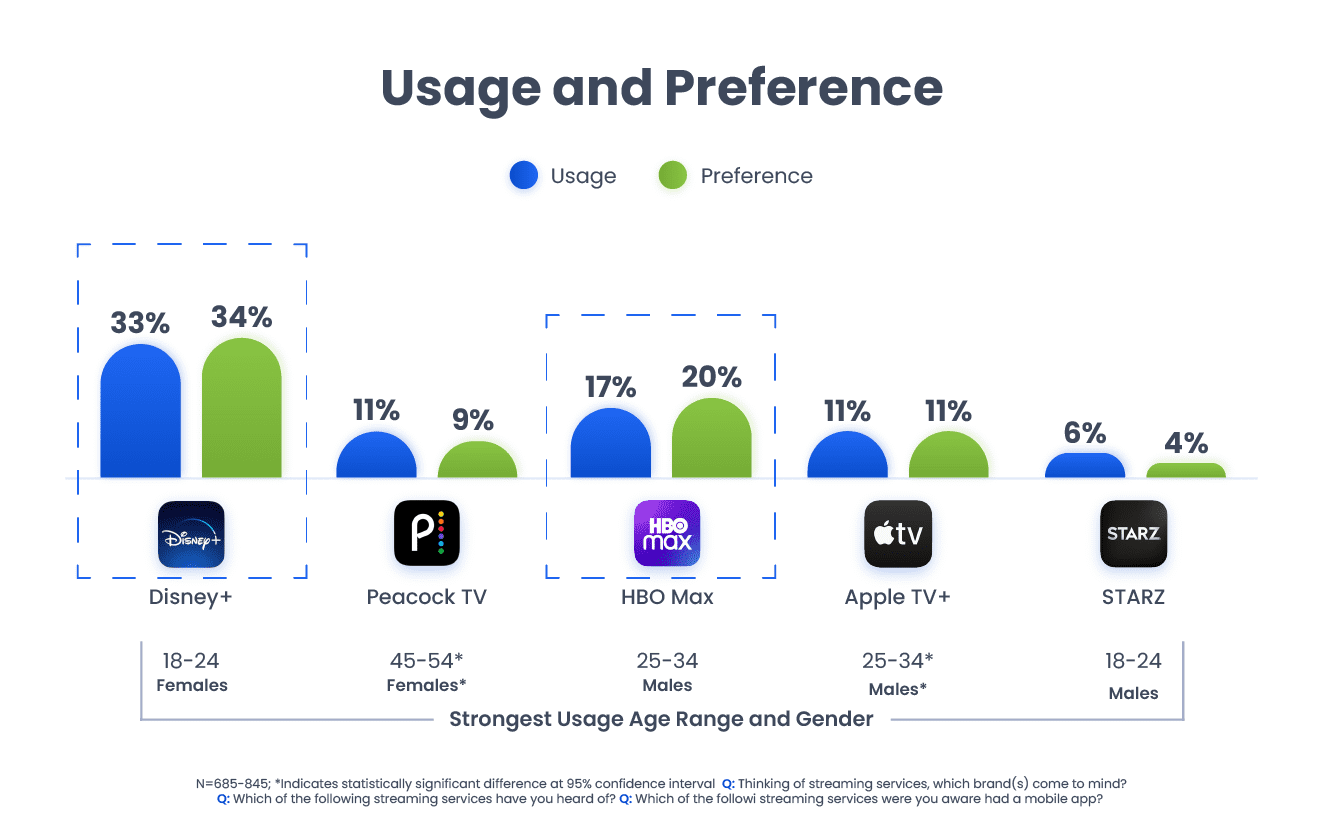 It’s hardly surprising to see Disney+ with the most awareness. Disney brought their extensive catalog of popular content, and they have offered multiple free trial options to entice signups since their initial launch. Disney has also launched popular content like The Mandalorian as a Disney+ exclusive; in comparison, HBO Max didn’t go live until well after Game of Thrones, possibly the most popular show in the HBO catalog, had ended.

We saw this dynamic play out when we asked about why people prefer certain streaming platforms. Except for Apple TV Plus, users prefer specific streaming offerings because of specific content they provide. 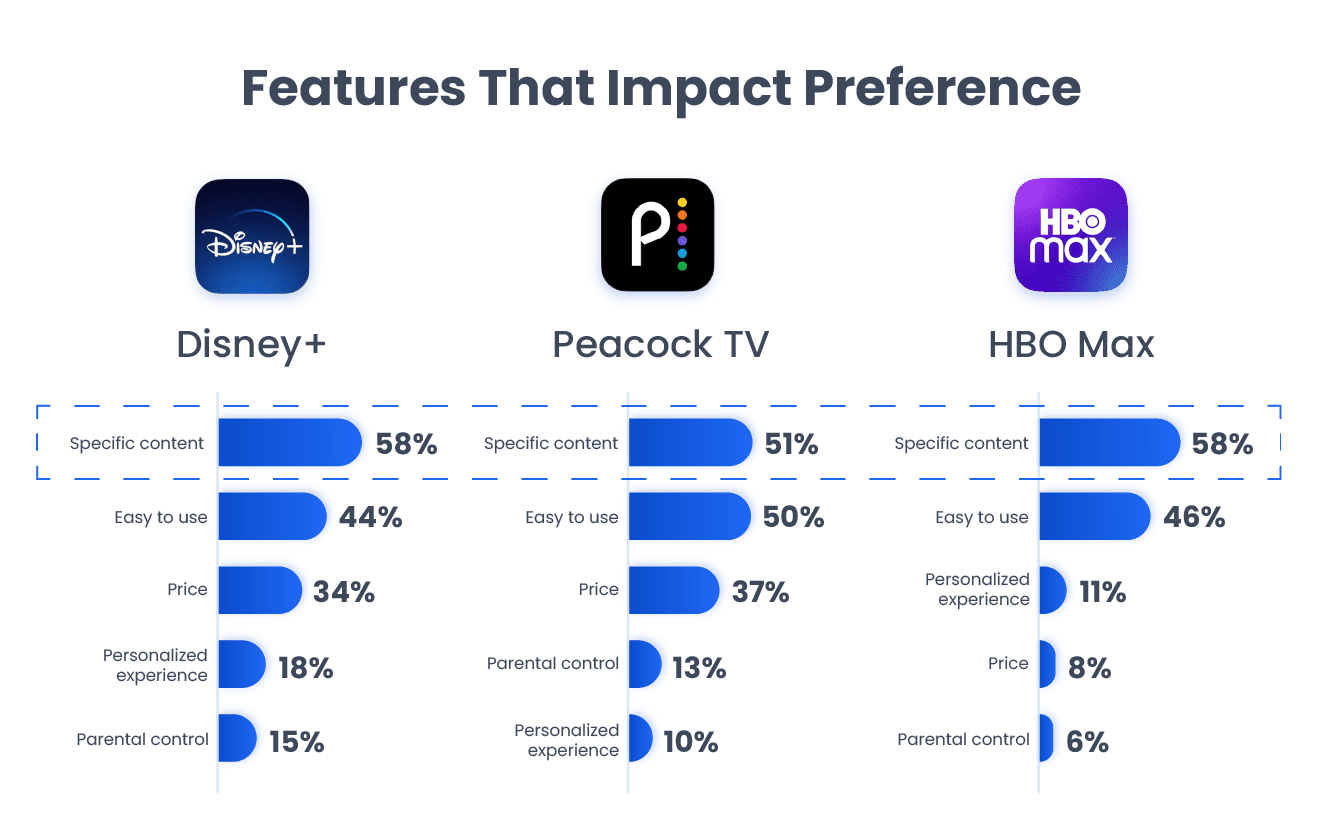 What can these platforms do to get more subscribers in the future? Offering a low price point is imperative, according to the Americans we surveyed. 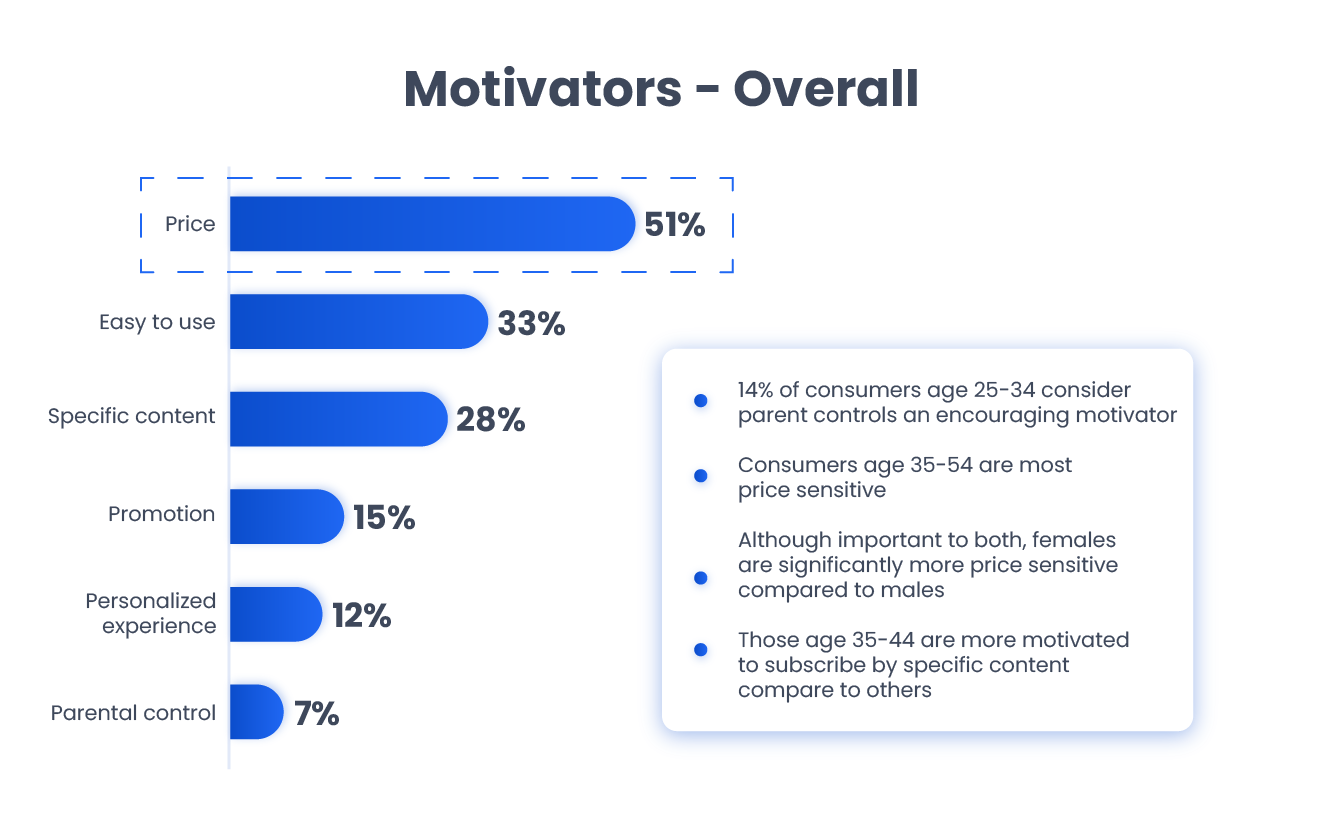 It will be key to the five platforms included in our research to heed this advice, as the consumers talked to said they were overall unlikely to consider subscribing to one of the five if they weren’t already a customer.

In the video streaming space, most of the attention is focused on the heavy hitters like Netflix and Disney+, which operate on a paid subscription model. But with cost becoming a major consideration – around 75% of U.S. video streaming consumers don’t want to pay over $30 a month for these services – free, ad-supported video on demand (AVOD) platforms are becoming more popular.

According to CNBC, Pluto TV had over 28 million monthly active users (MAUs) last year, while Tubi had 33 million MAUs. Further, Peacock had 33 million signups in January 2021 and Hulu now has close to 40 million subscribers.

With AVOD platforms becoming more popular and establishing a key niche for themselves in the crowded video streaming market, we wanted to look at how this space was evolving on mobile. To that end, we revised the app install trends in this category stretching from September to December 2020. We also wanted to look at who were downloading the following AVOD apps: Pluto TV, Tubi TV, Hulu, Peacock, CW and Crackle.

Here’s what this analysis uncovered.

According to our net install data (looking at total installs and total uninstalls), Pluto TV and Tubi TV are leading the way, with Hulu showing strong performance throughout the period. These two leaders see the best performance when they release new content; this aligns with our survey, which showed platform loyalty heavily tied to content.

It will be especially interesting to see how Peacock performs over the coming months. Now the marquee app for all NBCUniversal content (including The Office), Peacock is one of the only AVOD services with its own in-house suite of premium content.

But who have these apps on their mobile devices? Interestingly, most AVOD app owners are male. Among these apps, only Hulu as a majority female ownership audience.

In terms of age range, AVOD apps are most popular with people between 26 and 55 years old. The CW and Hulu boast the strongest adoption among app users age 35 and younger, while Pluto TV app owners skew older than the app owners of other AVOD apps.

Of course, no analysis of mobile streaming services users would be worthwhile if it ignored the main platforms that streaming consumers used. To that end, we had to look at premium subscription services like Netflix and Disney+. For a close look at the SVOD space, we reviewed trends relating to Netflix, Disney+, Starz, HBO Max and YouTube TV.

In terms of net installs, Netflix remains the one to beat in this sector. Even after Disney released a recording the hit musical Hamilton in July 2020, Netflix had the most net installs throughout the tail end of the year. 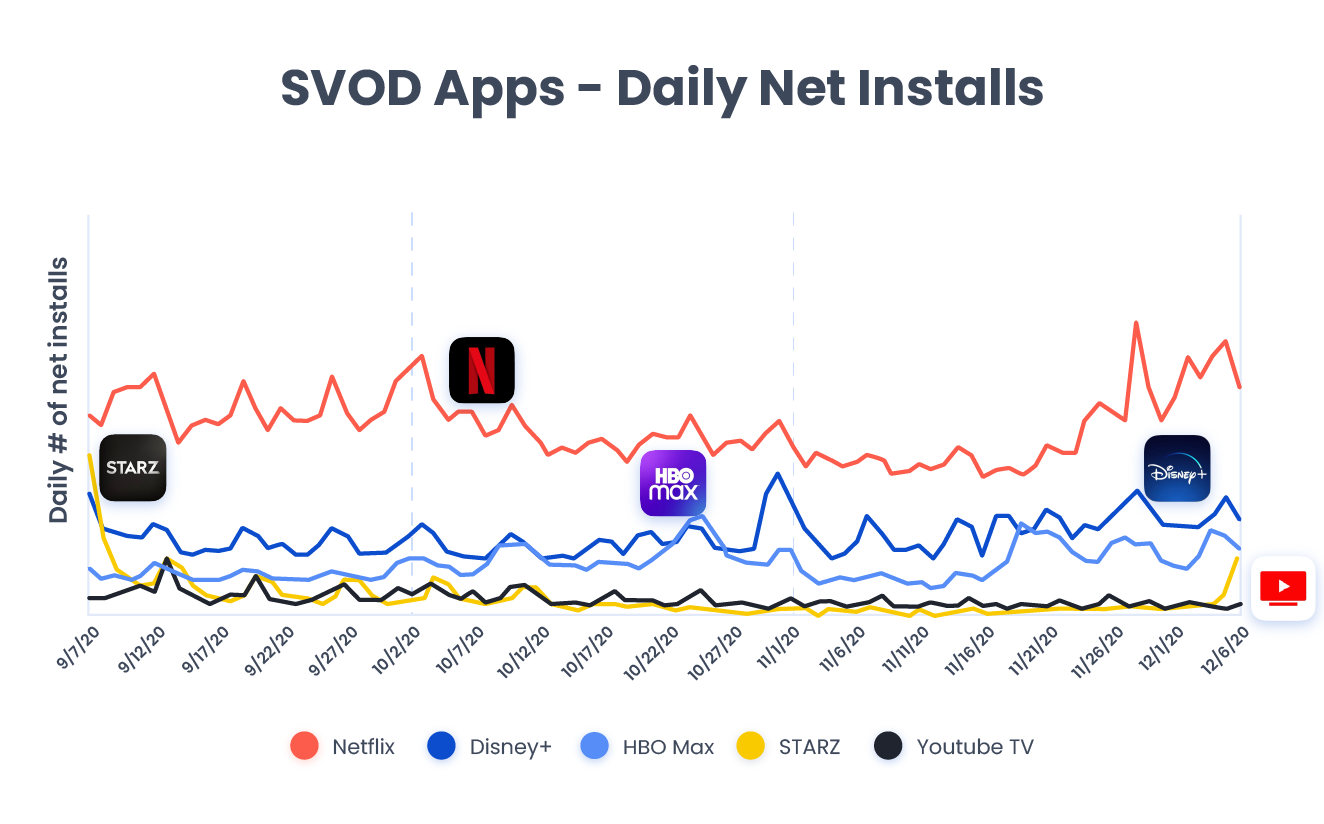 In regards to age and gender, the SVOD space shows different trends than the AVOD space. While AVOD app owners are heavily male, the split is more even among the SVOD apps we looked at. And in terms of age, SVOD app owners tend to be a bit younger than AVOD app owners. 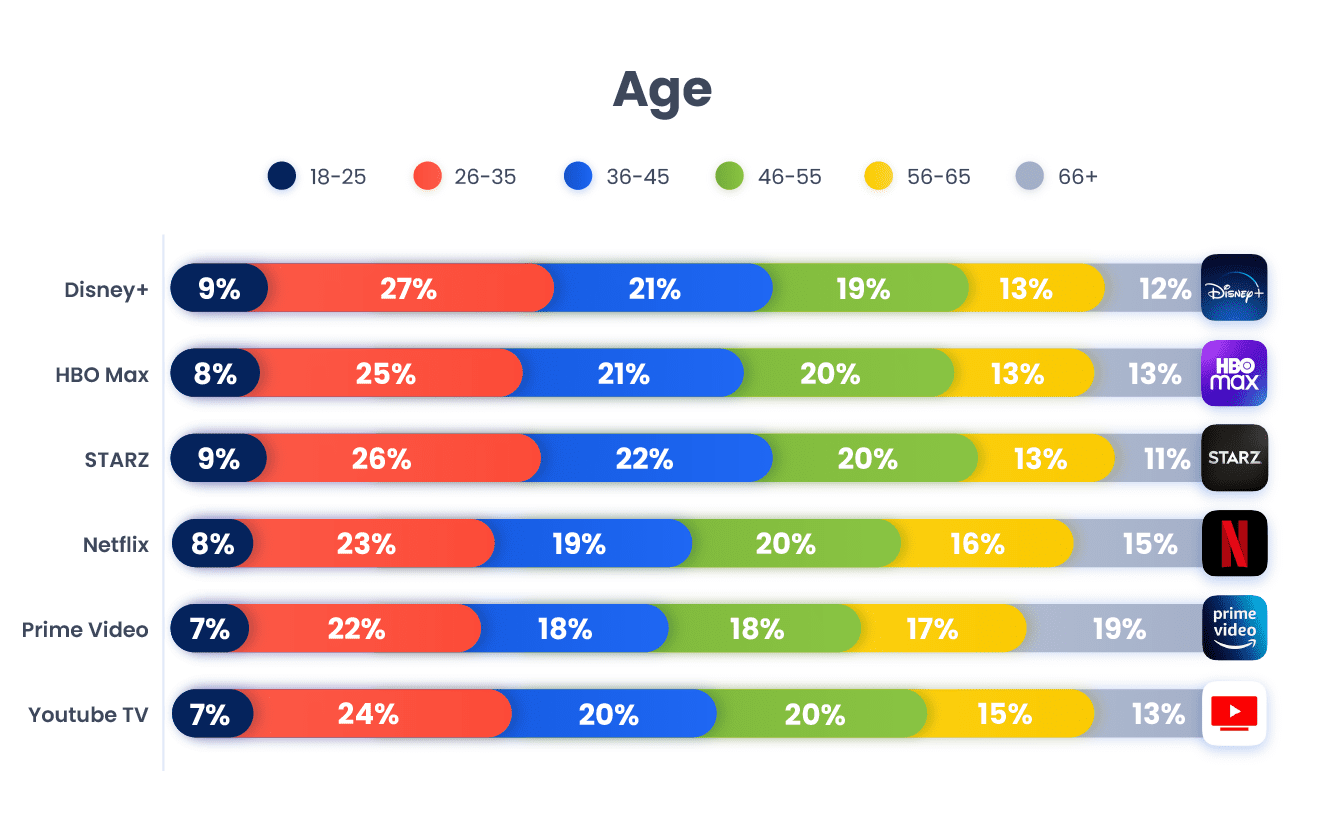 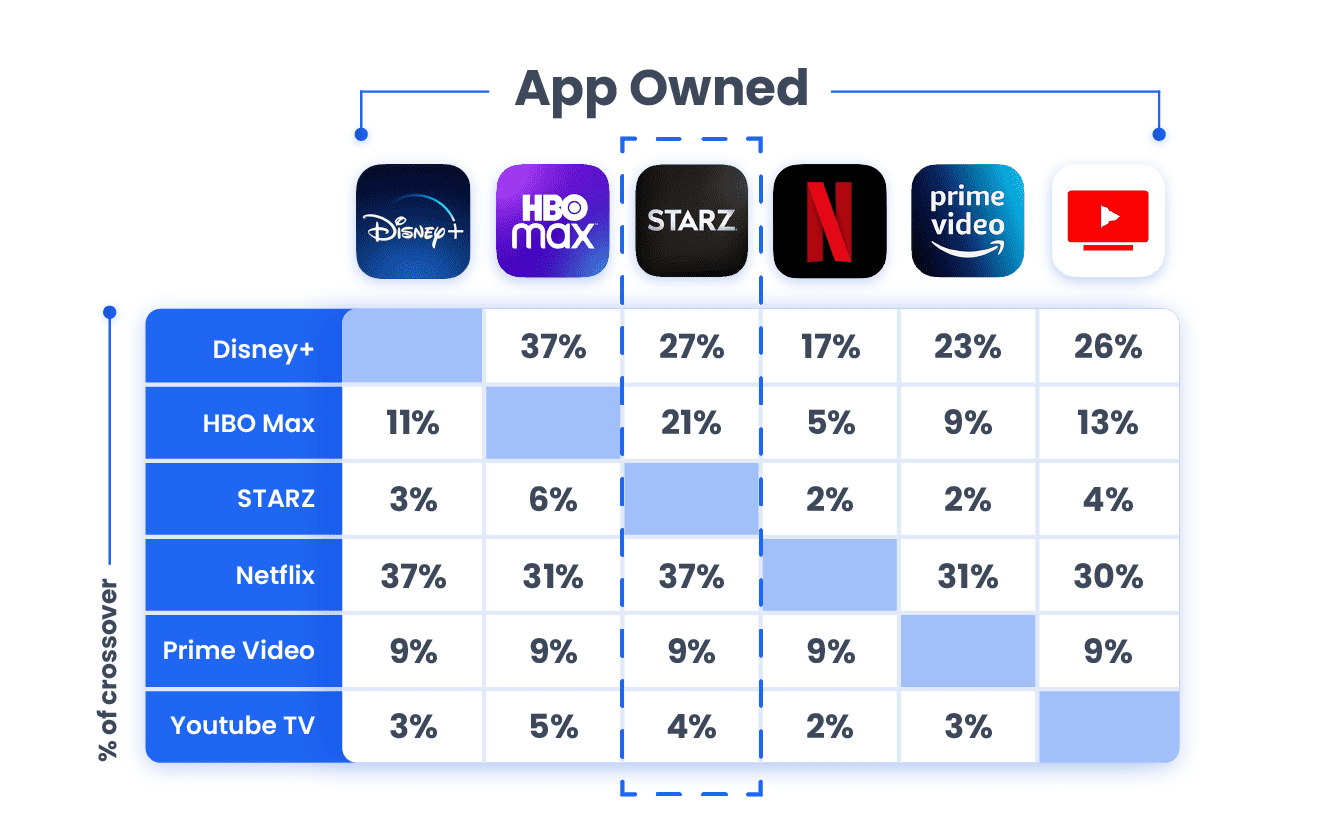 For those who work in marketing and advertising, how can this data and analysis be used to improve campaign performance? What do marketers and advertisers need to know about mobile streaming services users?

If you work in marketing but not for a video streaming service, then insights around AVOD content consumption are especially key. Apps like Pluto TV and Tubi TV already have large, captive audiences, and marketers can and should be reaching their best audiences through these kinds of platforms. And the audiences available through AVOD services will only grow in the future, as apps like The CW and Peacock, where the app owner also owns all of the content and where the app offers exclusive content, become more widely adopted.

For both sets of marketers, mobile is key. As time spent on mobile overall continues to grow, marketers can use audience insights to identify and engage their best consumers through their favorite screen.