Metrics that Matter: The New Viewability Standards for Mobile Video Learn More About AVOC And Other Viewability Benchmarks

Video consumption on mobile devices, specifically smartphones, has exploded over recent years. Nowadays, adults are spending over 1.5 times more media time on mobile devices than on their desktops. Specifically, around 90% of the time spent on smartphones occurs within apps, not on the mobile browser.

Interested in learning more about mobile video advertising and other in-app creative opportunities? Reach out today to learn more.

While industry spend still lingers heavily in mobile browser-based ads, brands are quickly shifting focus to meet users where they are with in-app video advertisements.

By embracing video that is built for the mobile device and also the behavior of a mobile user, advertisers can achieve superior performance that only video can deliver.

But measuring beyond a viewable impression is crucial to know if your ad is being seen, heard and completed by a human. You must understand how these metrics combine to tell a complete story on your overall mobile video performance.

Read more: Learn how an MRC-accredited solution such as an SDK integration allows for greater in-app measurement and better mobile performance.

Traditional industry metrics that matter for mobile ads have included:

But new standards allow us to take a deeper dive into the performance of our ad campaigns. So in this post, we’ll show you an expanded set of mobile app viewability metrics to ensure human engagement with your ad investments. 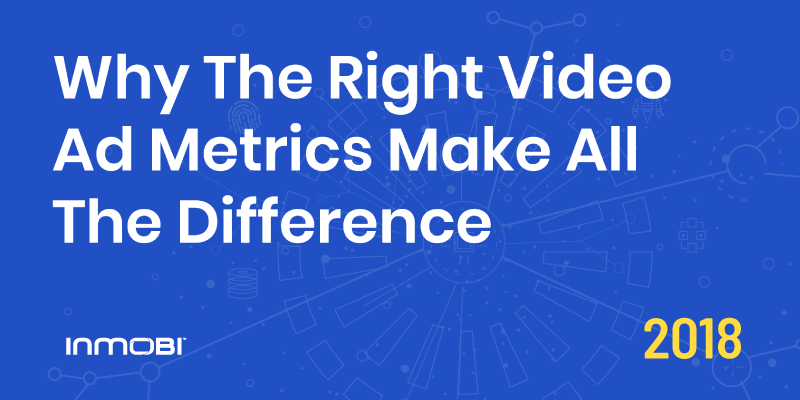 Moat, the third-party verification partner for mobile ads, frequently releases its benchmarks for video viewability. They can point us to a standard to measure campaigns against — however, with the right mobile-first practices, you can double many of these metrics, as we’ll discuss.

The top metrics that matter include:

By utilizing the right metrics, and the right analytic capabilities to measure them, brands and media buyers can determine how to improve their mobile in-app video ads and ensure they reach their audiences on the small screen. Therefore, invest in an ad network that allows you to activate viewability metrics on in-app advertisement campaigns at scale.