The Video Ad Serving Template (VAST), like any other ad tech standard, was introduced to let video players and ad servers converse in a common language. Although VAST has evolved over the years to support the industry needs, it still lacks a broad adoption of newer versions such as VAST 3.0, released over five years ago in 2012. The slow adoption of VAST as the gold standard for digital video can be attributed to its inability to measure and verify, its lack of support for interactivity, and a lukewarm response from the industry. The release of VAST 4.0 by the Interactive Advertising Bureau (IAB) has the potential to combat most of these existing shortcomings. 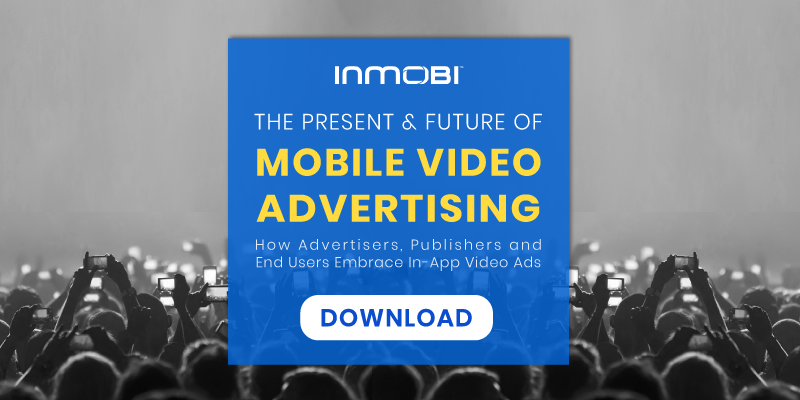 For the uninitiated, VAST - launched in 2008 - is used for structuring ad tags that serve ads to video players. 1

The key mobile in-app video challenges addressed by VAST 4.0 include the following:

A VPAID tag being non-native to the mobile OS can’t be cached and often causes long video load time. The high video load time results in a poor user experience, weak render and fill-rates for publishers, and low viewability and completion rates for advertisers.

Reliance on VPAID for Ad Verification and Measurement

In the absence of measurement provisions on VAST, VPAID has been primarily used for measuring viewability instead of ad interaction. VAST 4.0 has introduced support for inserting ad verification APIs into the XML. In addition, VAST 4.0 includes a secondary impression element, the <ViewableImpression> element, to track viewability.

With VAST 4.0, advertisers can now have three ready-to-serve files, each at a different quality level, ensuring the video is always delivered irrespective of the device type.

Advertisers spend time, money and energy on creating a narrative for their ads, but often fail in translating their message effectively across devices. Sometimes this occurs because advertisers share a single resolution video asset which might be too high-quality for mobile or too low-quality for the big screens. VAST 4.0 enables video delivery customized to the device type.

Other notable improvements which VAST 4.0 brings to the table include:

VAST 4.0 introduces support for the “ad-stitching” method for server-side video ad stitching into the main content stream and sending it to the players. Though client-side stitching is recommended, this server-side ad stitching helps in delivering video to players with limited capability to execute and track ads.

The ad category support introduced in VAST 4.0 can help publishers to filter out the ads from competing brands. The category identification can potentially act as an agent for brand-safety measures too.

For more details and a full list of features, please refer to the IAB’s VAST 4.0 Guidelines.

Although we still have to wait for a wide adoption of the VAST 4.0 standard in the ecosystem, we at InMobi are busy enabling publishers to become future programmatic ready with VAST 4.0 compliance in the upcoming SDK 700.