Drive Away from the Competition through Actionable Consumer Insights To uncover what the modern car customer looks like, we looked at the data. We used cutting-edge market research and consumer insights solution InMobi Pulse to look at some of the biggest car research properties in the U.S., along with data on how people use the mobile apps of the major automakers themselves.

We first looked at the common traits of those in the U.S. who already are customers of the world’s biggest car brands. This data was uncovered by looking at those who have apps indicating ownership from these automakers on their mobile devices. We then compared those insights to the mobile audience data from major car buying and car research websites, to discover the overlap between those who have an affinity for a particular brand and those currently in the car buying research process. 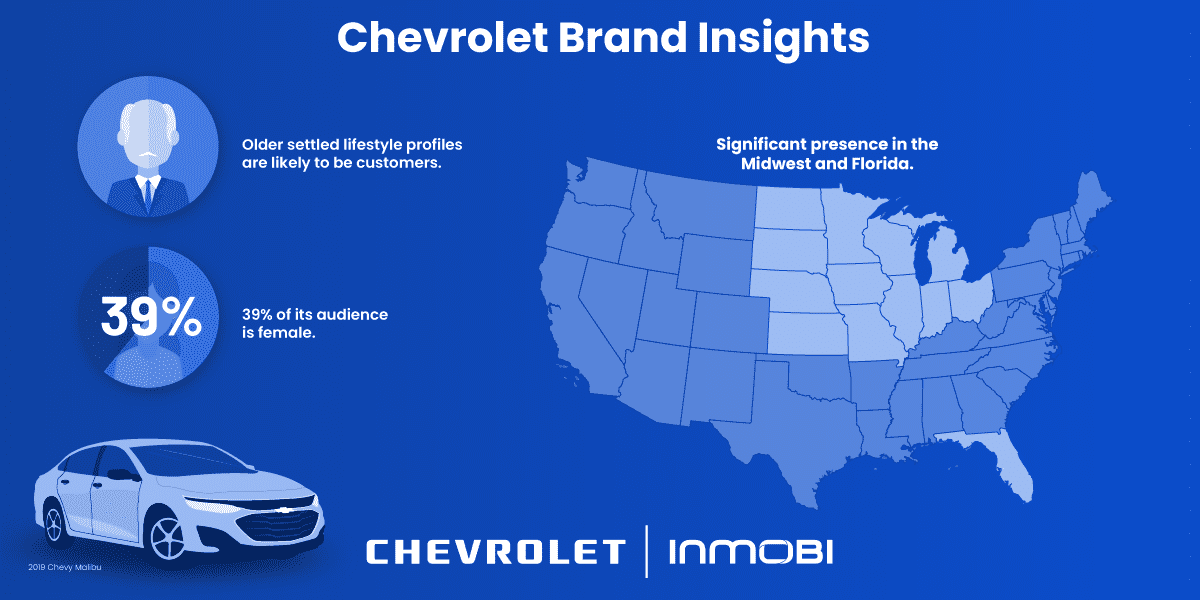 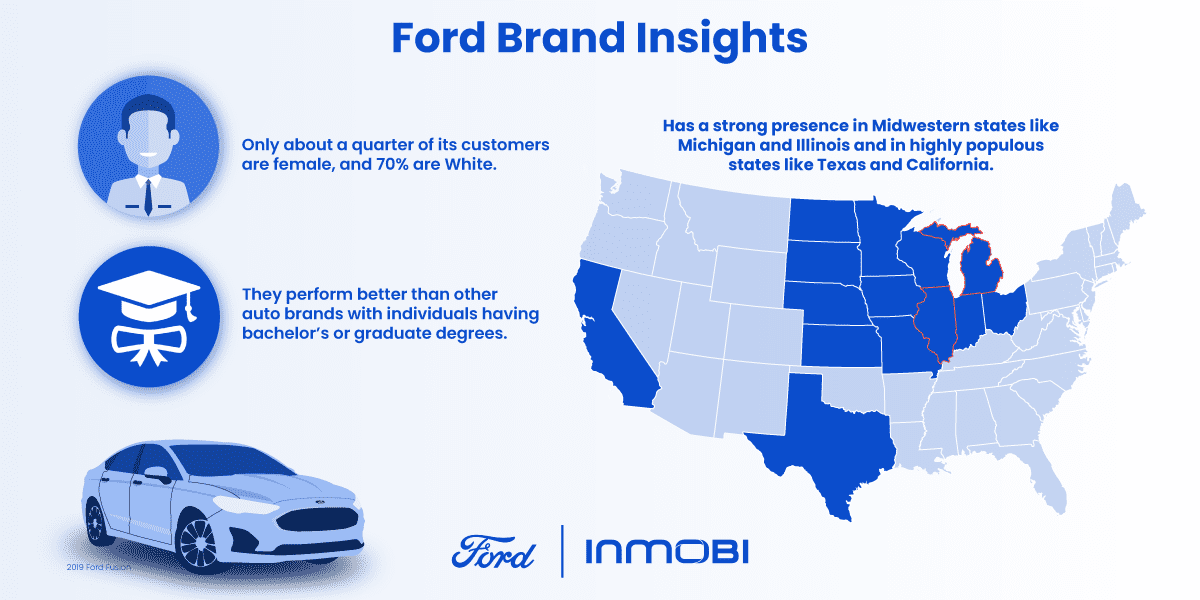 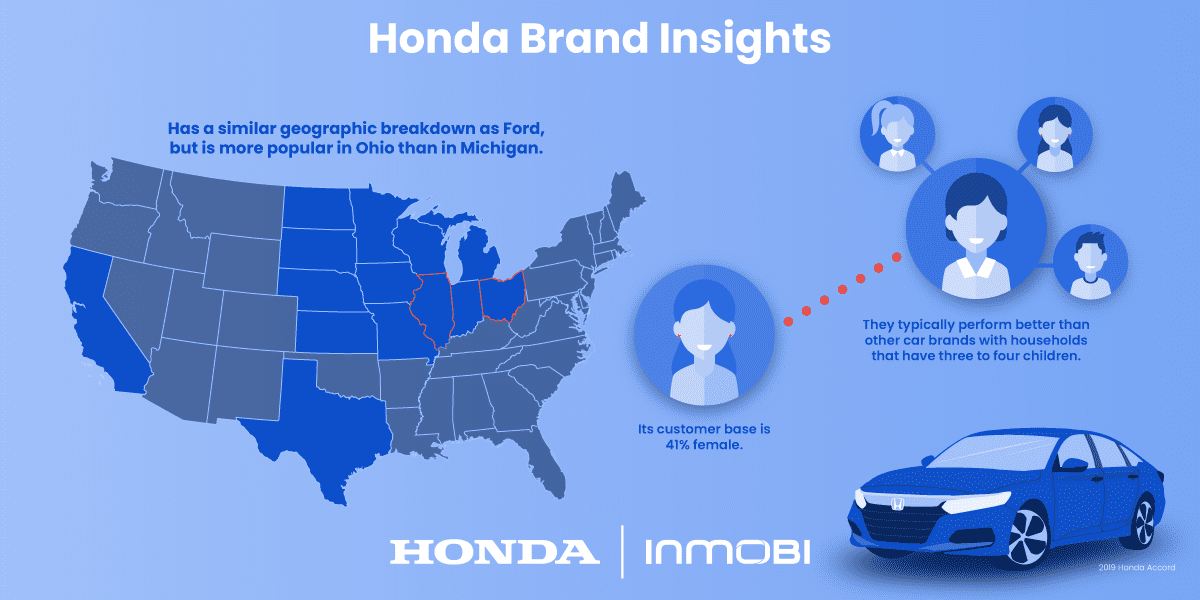 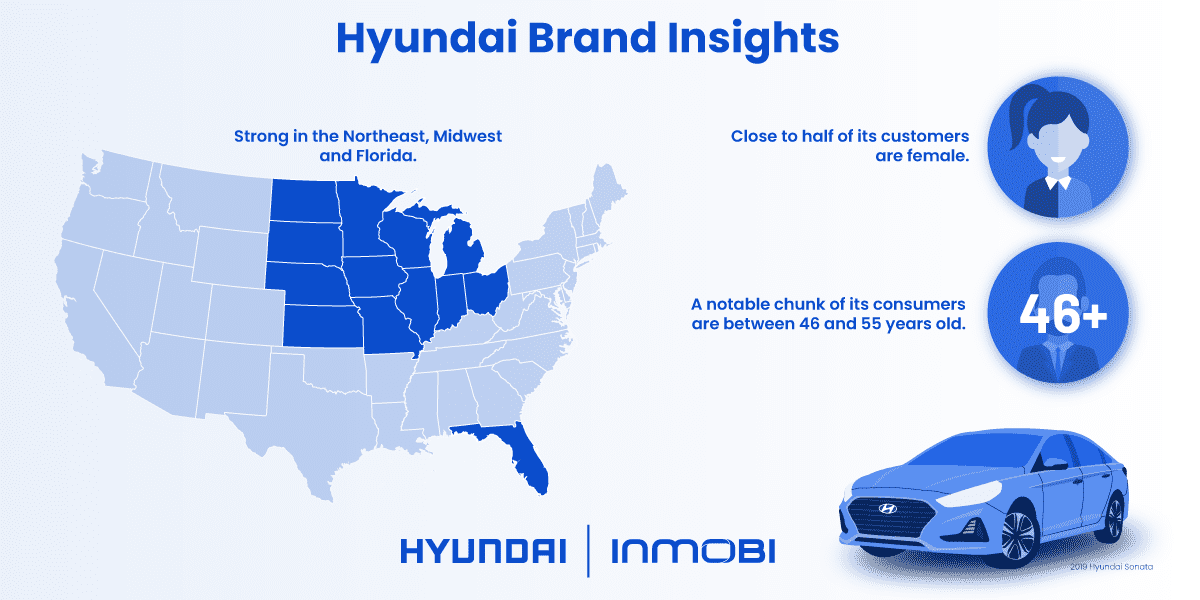 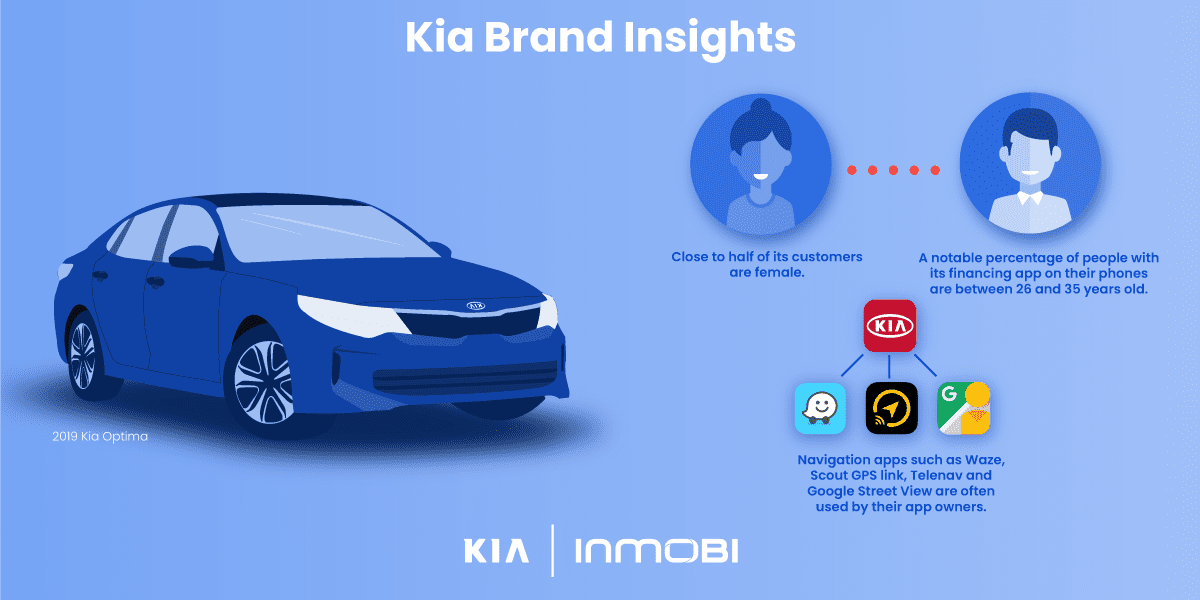 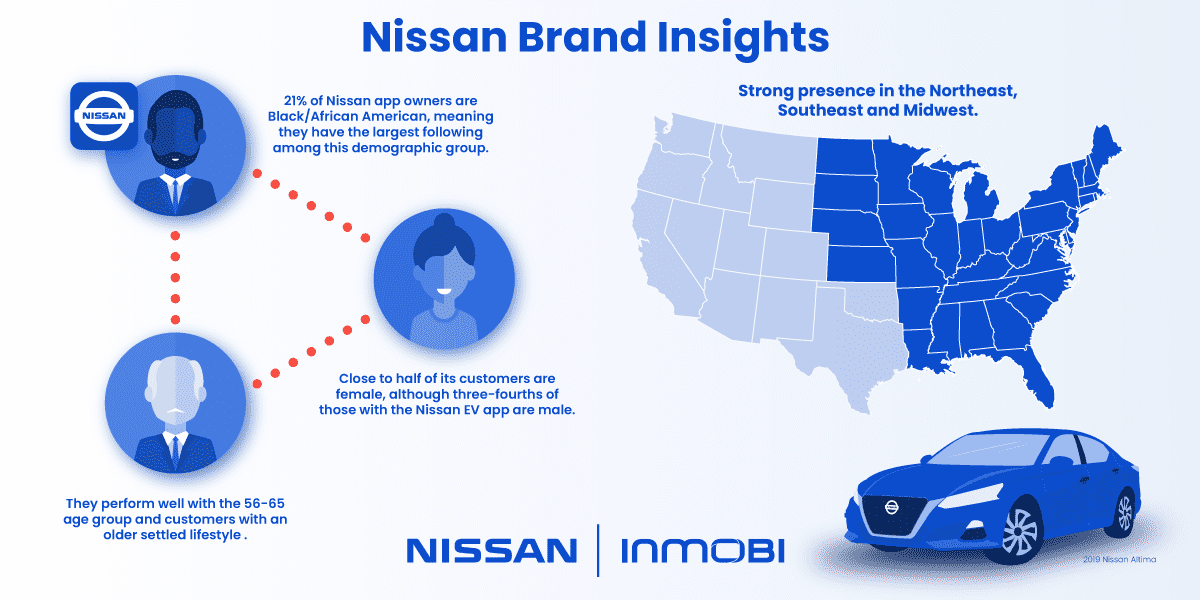 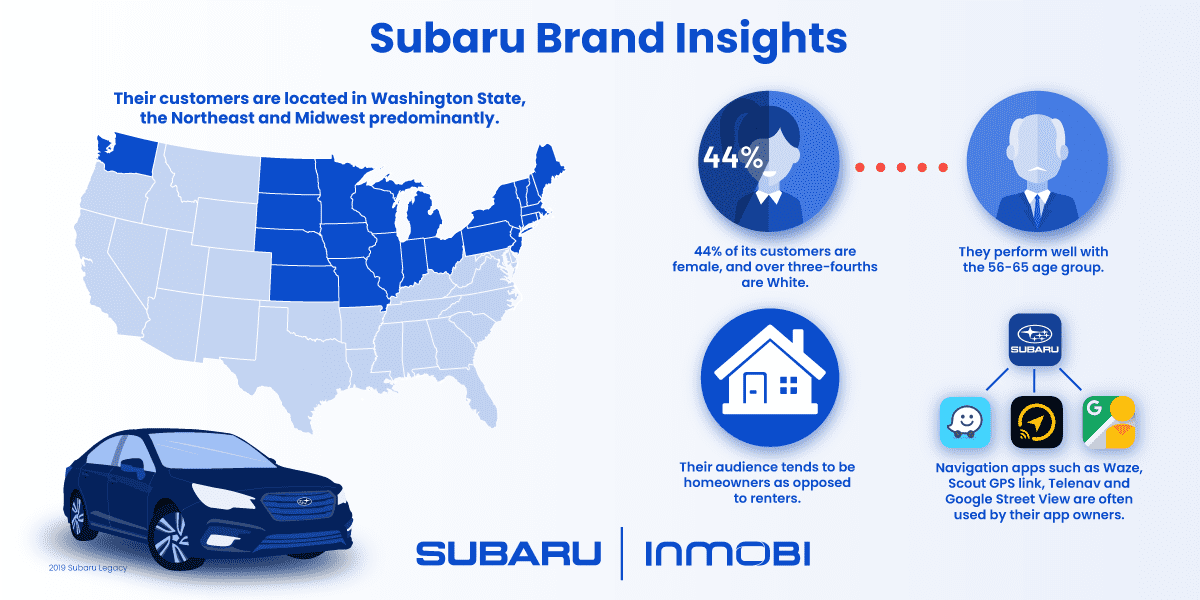 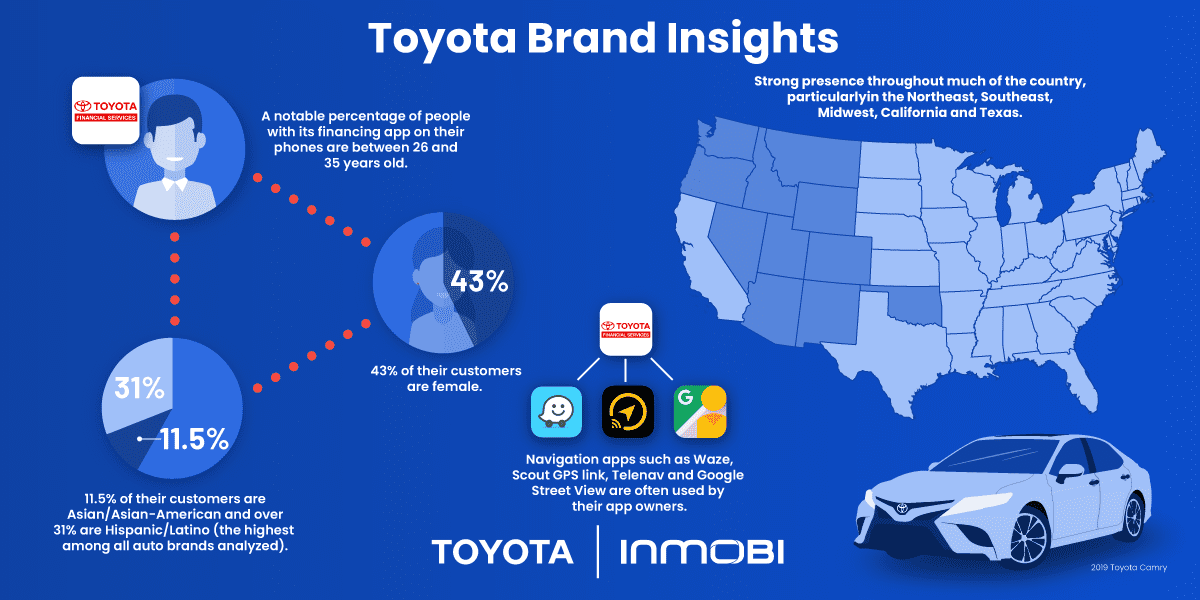 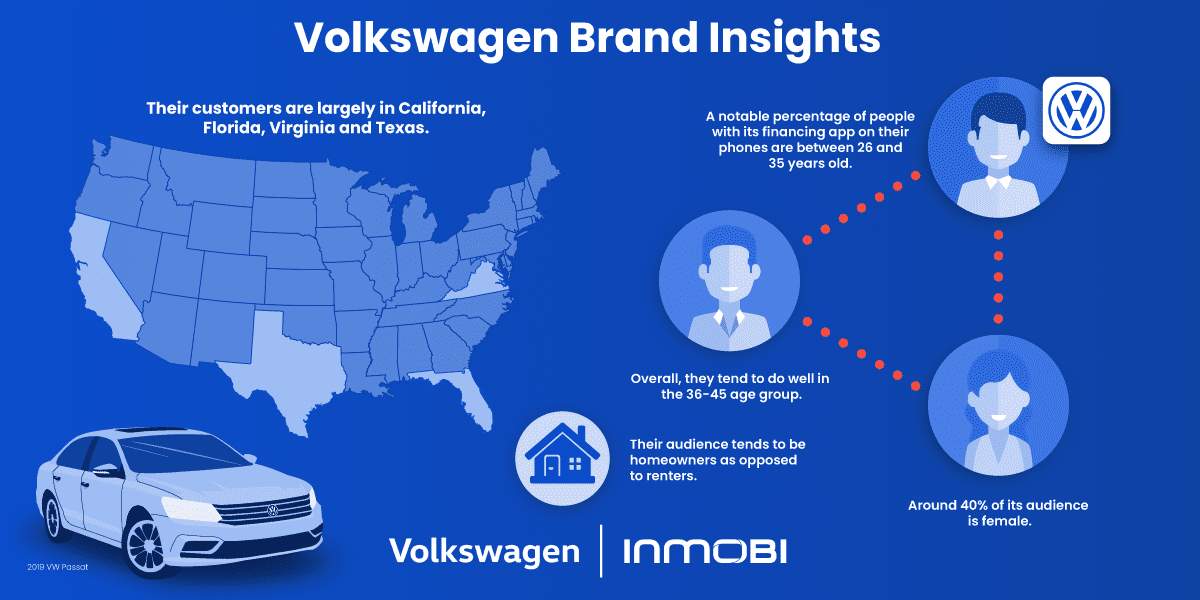 How does the audience of car buyers overlap with the audience looking at the top car buying and car research properties via mobile? Who is visiting these mobile properties?

It’s critical to consider these kinds of characteristics when running a user acquisition or retargeting/remarketing campaign. Every brand’s audience is unique, and is found on certain sites/apps over others. By understanding who their target audience is, what they care about and where they are, automakers can more intelligently allocate their new customer acquisition budgets. 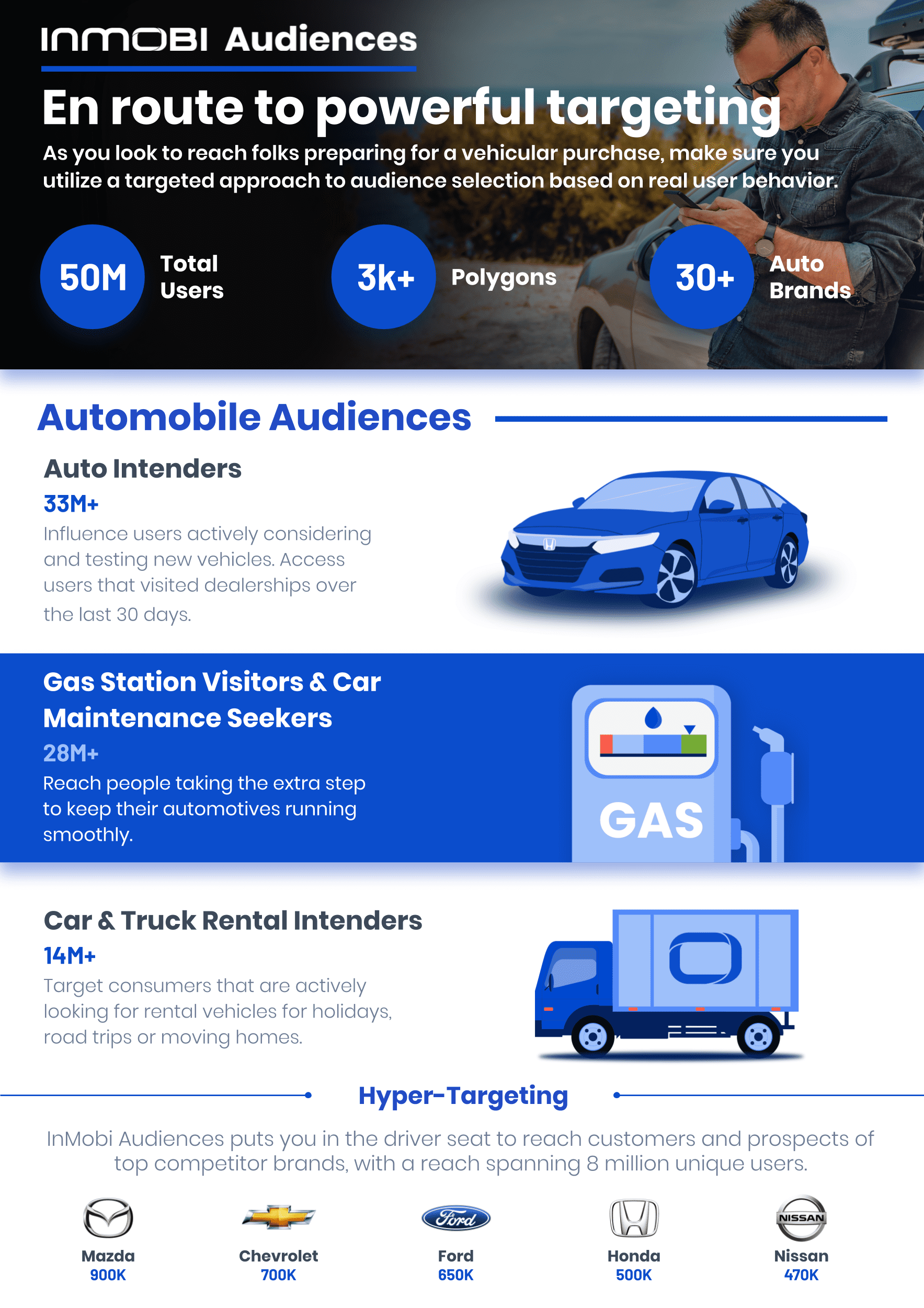 In the world of digital advertising, auto is a top spender. According to 2018 figures reported by eMarketer, the automotive industry is second only to retailers in terms of digital ad spending, accounting for a 12.6% share among the 10 industries measured.

Nevertheless, TV is the primary medium for automotive brand campaigns, although spending is expected to take a hit — declining as much as 3% year over year, according to 2018 figures from Magna Global — as automakers experience headwinds due to slumping sales. As a result of this shift, digital channels will be the beneficiaries of those headwinds as the industry moves toward cross-platform spending.

The top auto advertisers in the U.S. include General Motors, Ford, Toyota, Chrysler, Honda, Nissan, Hyundai, Subaru, Volkswagen and Kia. These, in addition to newcomer Tesla, are the brands we looked at previously.

There’s a good reason for these brands to be heavily invested in mobile, as the auto research and news properties have a sizable mobile presence. In particular, between April and September 2019, total downloads of the apps for Carvana, CarMax, TrueCar, KBB and Carfax topped 3.2 million in the U.S., according to Apptopia. Increasingly, Americans are turning to their mobile devices and apps to learn more about cars.

While the auto industry’s pivot to mobile advertising is a good sign, that spending will all be for naught if carmakers are not approaching their in-app ad campaigns in an intelligent manner. As our above data notes, each of these brands has a highly specific audience, and these audiences are much more likely to frequent certain websites and apps over others. Auto brands need to truly understand and identify their mobile consumers to drive real connections with their potential consumers.

Interested in learning more about InMobi Pulse and about how to glean key insights for your business? Be sure to head to inmobi.com/pulse for more information.

Related Articles
Stream and Chill: How Mobile Users Are Really Watching Streaming Video Content in the U.S.
Mobile’s Role in Black Friday Holiday Shopping
Getting to the Root of the U.S. DTC Men’s Shaving Market
Biting into the Pizza Category Through Actionable Consumer Insights
Amplify Your Campaigns with Mobile Advertising Research
Editor's Pick