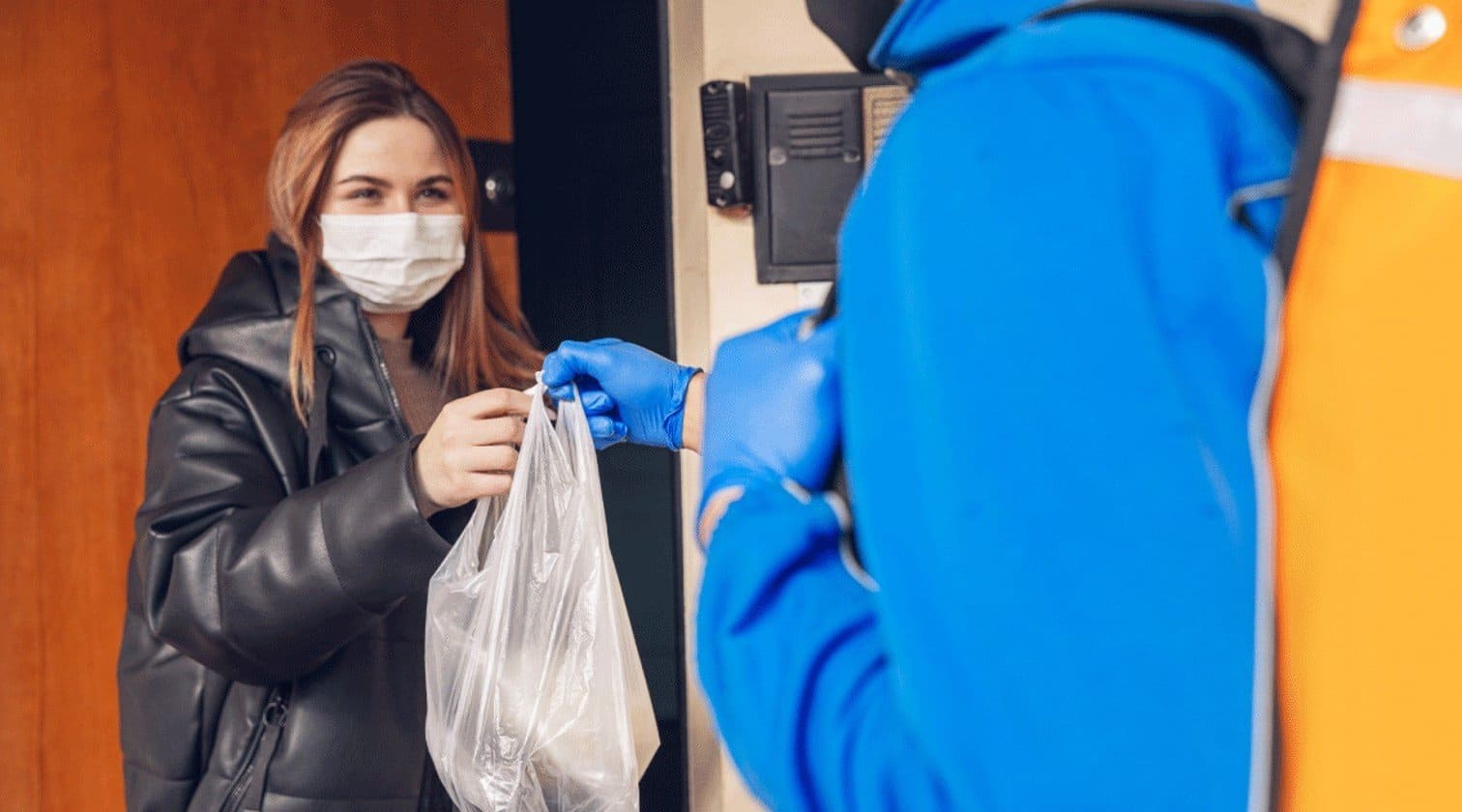 In Q1 2021, we surveyed close to 900 people from all over the U.S., to see how they were ordering food and thinking about dining. We then compared those findings with a survey we conducted in June 2020, to see if opinions have changed around online orders and mobile ordering.

For a deeper dive, we also looked at the latest install trends in the food ordering app space. Specifically, we wanted to know who were downloading apps for restaurant and food delivery as of the beginning of 2021. 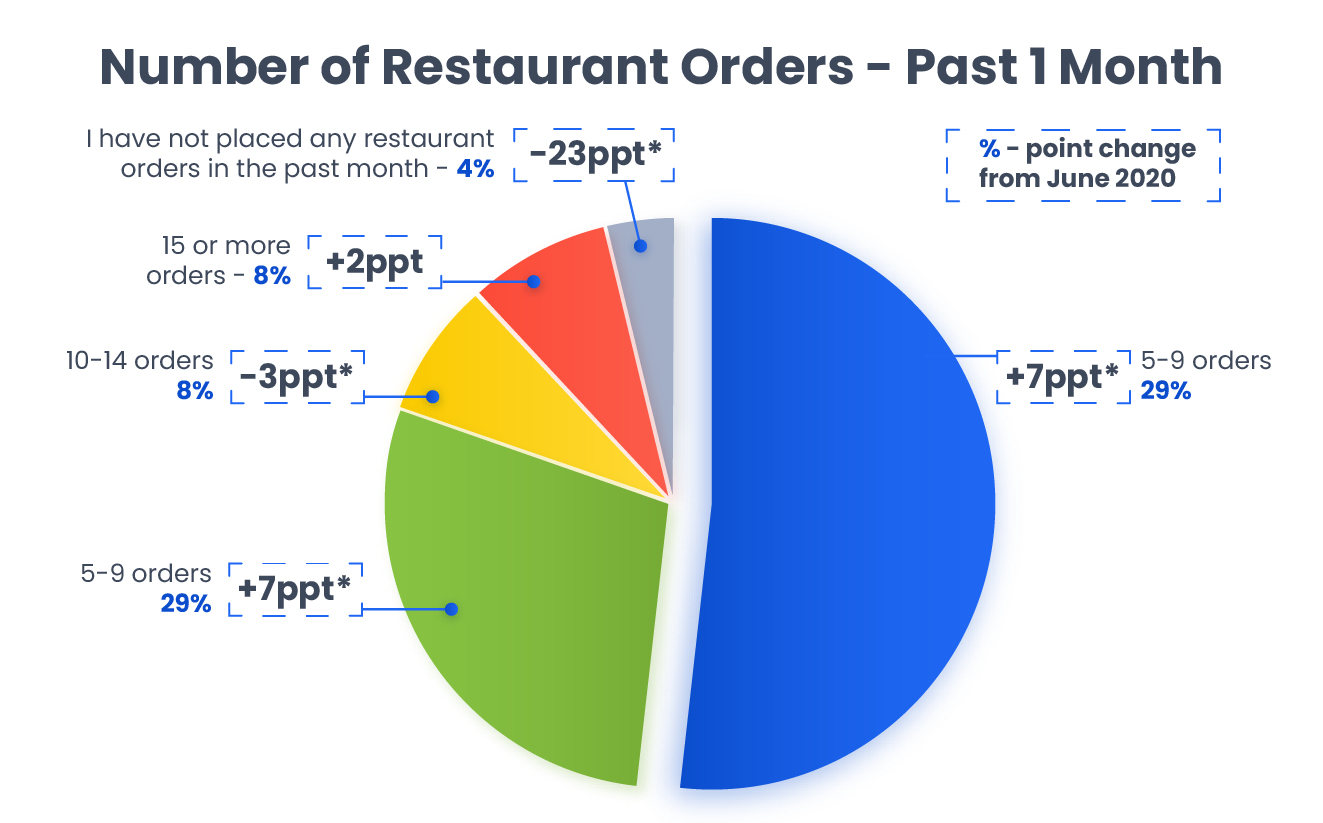 Interestingly, in-person dining has become more popular too. In fact, 40% said they are currently dining in – a number that is unsurprisingly much higher than what we found in June. As more Americans are vaccinated and as more states and counties ease restrictions on both indoor and outdoor dining, we expect this figure to climb even higher in the coming months. Our survey proves out this hypothesis, with 26% saying they wouldn’t dine in person until a COVID-19 vaccine is widely available.

We also wanted to look at which ordering systems consumers preferred. We were surprised to see that the share of respondents who said they preferred to use a restaurant’s mobile app or a third-party ordering app like DoorDash (more on this later) actually declined between early 2021 and June 2020.

The takeaway here for restaurant owners is not to ignore these outlets, but actually to further invest in mobile app development and app-focused loyalty programs. Our research found that a significant portion of takeout and delivery customers said online ordering options were a key part of their purchase decision.

In fact, for consumers between the ages of 35 and 44, online ordering is the most important factor when choosing a restaurant for takeout or delivery. If more restaurant apps and websites made it easy to pay by saving credit card information and promoted new offerings with push notifications, then it’s possible that more consumers would prefer to order takeout and delivery through these channels.

In addition to our survey, we also reviewed our own mobile data to see how consumers were using mobile ordering options. Specifically, we looked at install data and ownership trends for restaurant delivery Grubhub, Uber Eats, Postmates and DoorDash, along with food and beverage delivery apps Drizly, goPuff and Instacart.

Perhaps unsurprisingly, app installs in this category peaked in March and April and then fell for the rest of the year. But downloads did begin to inch upwards again in December and January, which may mean that consumers are becoming more willing to use these kinds of apps in the near term. 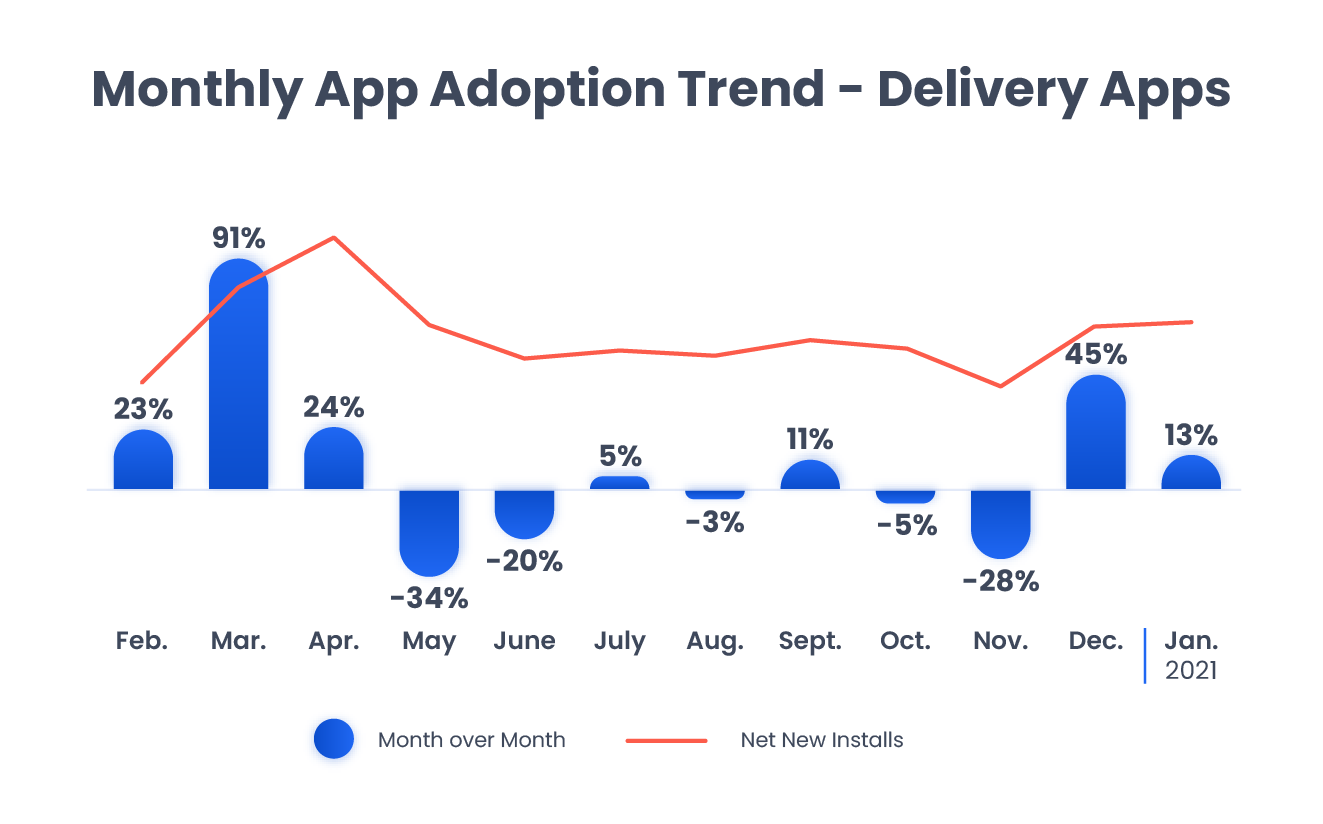 There is greater variance in age though. For example, we found that while 39% of Uber Eats app owners were over 55 years old, 48% of goPuff app owners were under the age of 36 (hardly surprising considering their historic focus on college students). What this shows is that consumers of all ages and genders do turn to these kinds of apps. 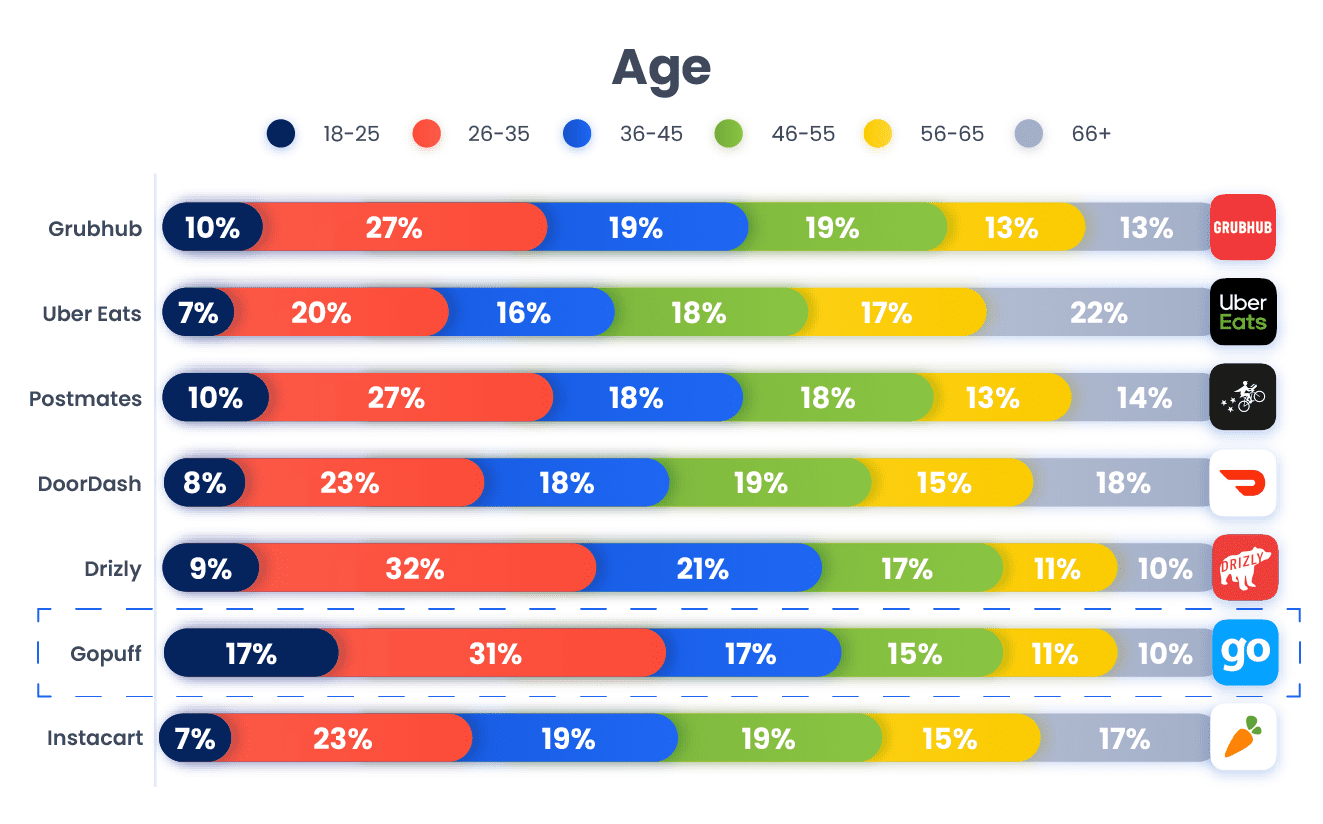 We also wanted to look at app loyalty in this space. More specifically, we wanted to see if consumers have one preferred channel or if they use multiple apps. What we found is that while Uber Eats has the strongest crossover with Doordash, those with the Uber Eats app have the smallest crossover with other apps. This may mean that consumers with Uber Eats don’t see a need to have another food delivery app on their mobile device.

On the flip side, those who have the app for Postmates (which was purchased by Uber in 2020) are the heaviest users of other delivery apps. Nearly a third of Postmates app owners have Grubhub, for example. 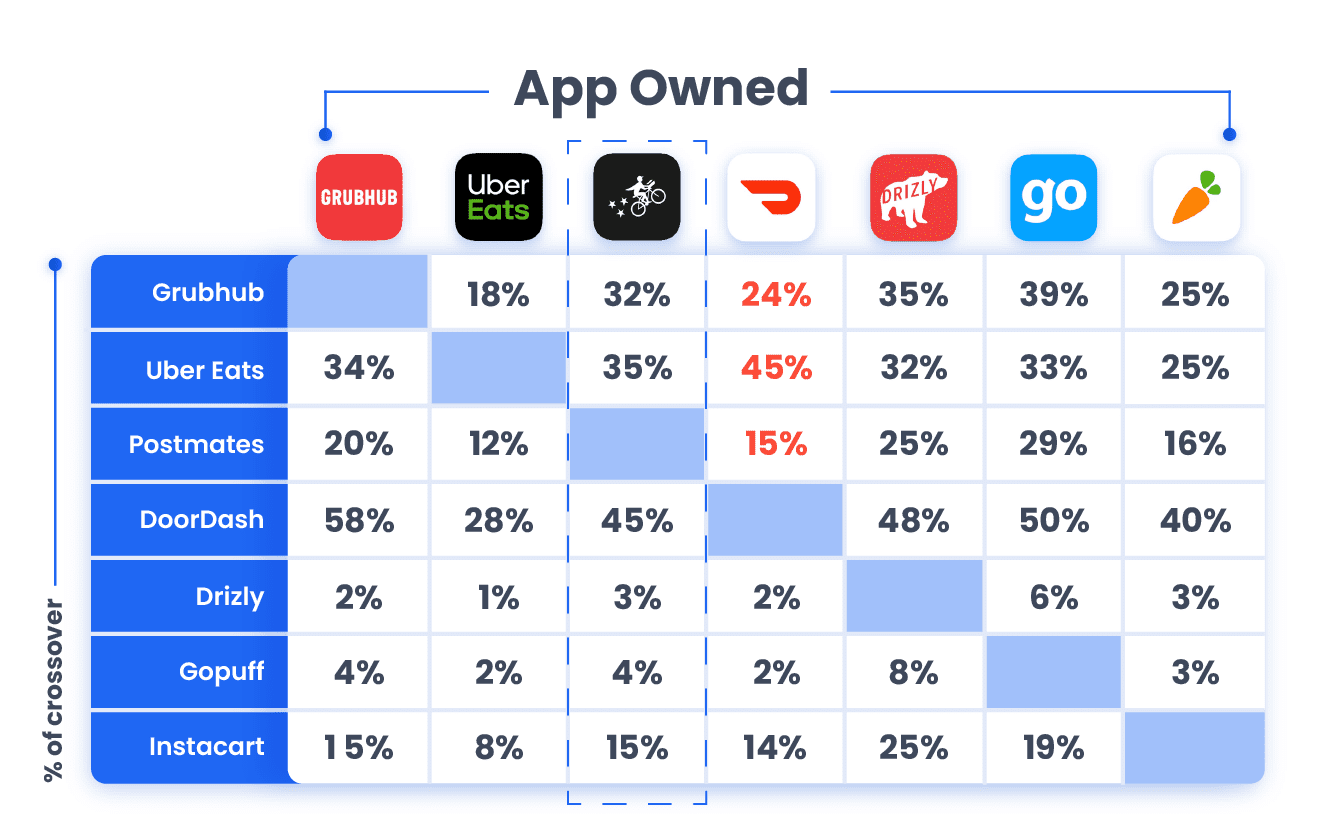 What do you think of our findings? Let us know on social media! You can reach out to us on Twitter or LinkedIn.